Are you ready to see me smash opponents in a political debate? Check out the Soho Forum debate this Wednesday, 7/22! 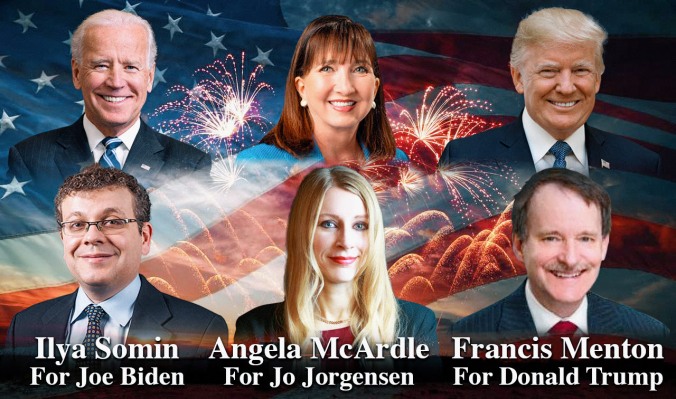 From The Soho Forum:

Ilya Somin is an accomplished author and Professor of Law at George Mason University. He writes extensively about democratic theory, property rights, federalism, and immigration.

Angela McArdle is a litigation paralegal, Chair of the Libertarian Party of Los Angeles County, and two time congressional candidate. Angela is also a co-organizer for the protest efforts against the Stay at Home Orders in Los Angeles, and works as a cultural activist for liberty..

Francis Menton writes the popular Manhattan Contrarian blog (manhattancontrarian.com) which has been featured in outlets that include Real Clear Politics, Power Line, and Instapundit. He is a retired litigator.